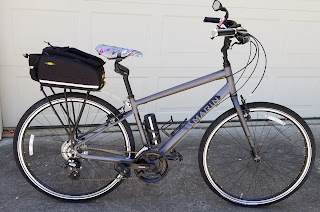 I also have a bit of a conundrum now: which bike to ride on any given day. This bike is fun. The Townie is fun. The Pedego is seriously fun, though harder to get my HR up now. What do, what do...
Posted by Thumper at 12:51 PM